Talk about a win-win – A Tom Petty Tribute Show and Fundraiser all in one awesome event! 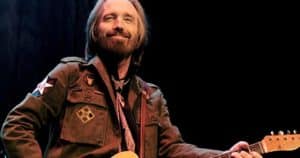 He will always be one of the most beloved musicians of all time! Tom Petty, the dynamic Hall of Fame frontman who led the Heartbreakers, rocked on well into his 60’s. The rocker died just a few weeks ago, but of course, his music will live on forever.

For many of us, Petty’s music was like the soundtrack to our life … all of that music; those amazing tunes.

Some of our talented local musicians are planning a show as a tribute to Tom Petty. ‘Learning to Fly’ will be held at Buffalo Riverworks, 359 Ganson Street, Buffalo on October 24 from 6 to 9 p.m.

The show will include some of Western New York’s finest musicians gathering together for an evening of live music to benefit worthy causes and pay tribute to one of the most gifted singer-songwriters in rock ‘n’ roll history.

The event is also a fundraiser for hurricane relief efforts in Puerto Rico and victims of the Las Vegas tragedy.

The event will feature some of the best in local music. Artists will be performing songs from Tom Petty & The Heartbreakers as well as well Petty’s solo catalog. You’re pretty much guaranteed to be totally entertained by the artists on this year’s bill –  The Scott Celani Band, Mo Porter and The Citadel Heartbreakers.

Proceeds from the event will go to The Puerto Rico Hurricane Relief Fund and The Las Vegas Victims’ Fund.

In addition to the music, ‘Learning to Fly’ will also feature local craft vendors who will be donating a portion of their sales to the fundraising efforts as well. So stop by for dinner, shopping and some amazing music – all while supporting some great causes!

‘Learning to Fly’ begins at 6:00pm on Tuesday, October 24th. Admission is $5 at the door and the event is open to all ages. This event is presented by Scott Celani Productions.

← previous post next post →
← A Totally Delicious Business What happens to K-9 Officer Shield? Here's what we know... →