Imagine being in high school and performing with one of the biggest stars in country music.

Students at West Seneca West High School got to do just that. 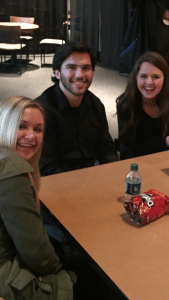 Just a few days before County Superstar, Eric Church was set to perform, Keith Ersing got a call from the Sabres organization. Turns out, Eric Church’s people were looking for a local choir to perform in his opening number. Ersing, who is the West Seneca West High School music teacher, told me he was excited to help, “I contacted my students to see if they were available and they didn’t believe me. Haha. Some of them needed to rework their schedules, but they did it because they knew it was a once in a lifetime kind of performance.” You can say that again! And get this – believe it or not – Ersing says he taught the music to the students in the Vocal Jazz group – just a few hours before they left for Key Bank Center, “they sent two vans to pick us up and when we got there we rehearsed on the stage. The kids felt like country stars for a day.” 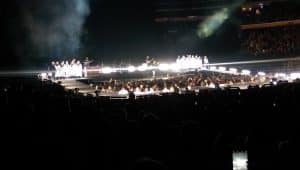 Thanks to our friend, Clay Moden of WYRK, for this amazing picture!

And they pretty much were. The crowd went crazy, loving every minute of it. The song was Mistress Named Music. The students were split into two groups to be on both sides of the stage. One group was given well wishes by Eric Church as he walked onto the stage, telling them to have fun. What an amazing opportunity for these young musicians, “The students loved every minute of the night. From security walking them backstage to performing for the biggest audience they will ever perform to.”

As for their teacher, Mr Ersing -well, he says it was all pretty cool, “I was taken a back by how well they treated my kids. Eric Church, his people, the Buffalo Sabres Organization. They all treated the students like they were part of the band and they didn’t have to do that. I was very grateful.”