For Nicole Vathy, the past 18 months have been a nightmare. Her son, Shawn – who has become a celebrity in Niagara Falls – is fighting a rare form of brain cancer known as DIPG (Diffuse Intrinsic Pontine Glioma). Baby Shawn – as he’s known in the community – is being treated at St. Jude Children’s Research Hospital in Memphis.

Nicole and Baby Shawn just returned from a check-up at St. Jude’s. The MRI showed the tumors are stable – which means Nicole can breathe a sigh of relief. She says it is the not knowing that is most difficult, “I feel good about the results, it’s just so scary not knowing the outcome. Because there are no survivors with this tumor.”

That’s right, sadly – DIPG has a zero percent survival rate right now. Nicole says she has seen that first hand, “I follow so many kids and met about 5 when we were at St. Jude’s.  Two before we got there and three while we were there and they are no longer here.”

Still, there’s hope. There is always hope and courage says the proud mom, “Shawn always does so amazing he never complains about a thing. He’s just so strong for his age and what he’s been through.”

From that first trip to St. Jude’s when he had a brain stem biopsy and stayed for three months, to 30 rounds of radiation,  to too many procedure to count – Baby Shawn has gotten through all of it with courage and grace.  Never complaining.  Never feeling sorry for himself. 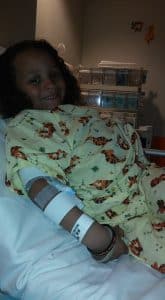 For Nicole – it’s been a tough time. Tough for all that her son is going through – tough too – for what she’s going through with her landlord – hoping for something to go her way. Nicole says her landlord has asked her family to leave because there are too many things that need to be fixed for inspection. She can’t afford it. She says, it’s a devastating blow, “I have no idea what I’m supposed to do. The thing is, I would hate to move because my mother bought her house across the street just to be by me because she takes care of my niece and nephew – because my sister passed away. So I help her. And, when I leave every three months for Baby Shawn, she helps my household, ’cause I have six other kids.”

So this mom, who has enough to deal with – now, has something else to worry about. 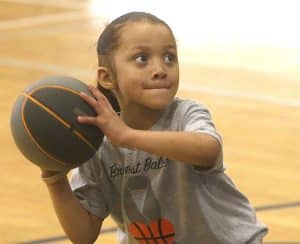