His grandson committed suicide – now he’s working to prevent other families from living such horror.

Mary Friona Celani
The photo – taken 11 years ago – shows a happy, carefree little boy – but, things have changed since it was taken. Life wasn’t as easy for Devin. Bullies terrorized him.
Devin Daniel Kurzdorfer was a sophomore at Kenmore West High School when, in April, just 2 months before summer vacation he tragically took his own life. 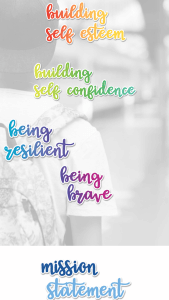 He was diagnosed with a high functioning form of autism and ADHD at an early age. While he was very young he took a liking to radios, speakers and electronics in general. Despite the challenges he was faced with, Joe Smajdor of North Tonawanda tells me his grandson was exceptionally bright. “While still in grammar school he could completely wire a surround sound system on his own, something many adults would have trouble with. Devin was creative, he would build speaker boxes from anywhere he could rustle up the parts and rewire them to run on Bluetooth. Devin was accepted into BOCES for their Electrical Systems Program, he wanted to be an Electrician.”
But Devin never got the chance. The young boy was brutally bullied when all he ever wanted was to be accepted by his peers. He was terrorized on social media. His family tried to help, talked with school officials, even took his phone away. Nothing seemed to help. The boy was a target and ultimately, it killed him.
Joe says his grandson didn’t deserve any of it. He was a caring young man,
“Devin was the life of the party, he always ran the sound system at family gatherings and for his friends. He was kind, he would stop and help anybody in need. He had a giant heart & smile, he always wanted the best for sisters, his cousins and his friends. He was loved and is greatly missed.”
Devin’s family is keeping his memory alive by working to stop bullying. They’ve established a foundation called Devin’s message, which launches in December. It will fund programming that will help teach kids how to respond to bullies and other social skills. It will be geared to students in second grade through high school and will include parents and teachers. It will include videos and will cover a variety of topics including cyber bullying.
Joe feels this program can and will make a difference, helping to ensure that others who suffer from bullying do not share his grandson’s fate. But, he admits – he can’t stop this horrible and cruel treatment alone, “Parents need to be responsible with the challenges that our children are facing. It’s a different world today. If we don’t somehow communicate with them, or get someone who can,the outcome could be devastating. We are facing more negatives daily from tv, social media, and even the news. Because of texting and the computers, a conversation could hold a whole different meaning than physically talking to each other. “
Joe Smajdor hopes that his beloved grandson’s death is not in vain. He hopes the culture changes. Parents need to remember that our children hear every word we say. They hear the judgmental, nasty, sarcastic words – and the kind, sweet and loving words. They grow up looking to us to help them figure out who they are; what kind of person they’ll be.
More to come soon on Devin’s Message at devinsmessage.org
← previous post next post →
← Bills Fan Streaks across New Era field. Naked. And of course it was caught on camera. It's year 3 for little girl collecting cards and money for Ronald McDonald House of Buffalo! →