If the Police officers in your town are a bit ‘scruffy’ – don’t worry. Here’s why – it’s actually a GOOD thing.

We found several local police departments doing their part to help others this November.

The goal of No-Shave November is to grow awareness by growing and embracing our hair, which many cancer patients lose, and letting it grow wild and free. Then, donate the money you typically spend on shaving and grooming to educate about cancer prevention, save lives, and aid those fighting the battle!

It seems the word is spreading as quickly as those beards.

The University at Buffalo Police Department officers are in. They’re participating to honor the memory of the millions of people fighting cancer every day.  All department participants are making a personal contribution to fund the American Cancer Society.  You can join the team by donating to their cause HERE.

The officers of the Lancaster Police Department are also helping in the fight against cancer. They say it’s likely that someone you know and love that is or will be affected by the disease.  IF you would like to support the LPD – you can make a donation to their team HERE.

This year Evans Police is participating in No-Shave November, too!! They are working to raise financial funds to help support two families who are dealing with major illnesses.

They’ve taking things to the next level. Men with the department can grow a neatly trimmed beard or goatee and the women can chose to color their nails any color or wear a headband or hair band to show their support! You can find more information HERE. 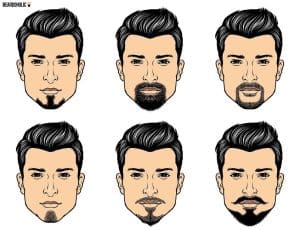 Last year they raised nearly $5,000 for local charities. This year they are choosing to support  Wings Flights of Hope and Roswell Park Cancer Institute with their donations.

And – there’s more. They are involving the public in this year’s voting of the winners of the “best beard” contest among the officers. Please like the West Seneca Police Benevolent Association Facebook page and vote for your favorite! And get this – the folks at  Armstrong’s Barber Shop have offered all officers free beard trimming throughout the month! How awesome is that!

And I am so proud to say the men and women who protect and serve my hometown are also taking part!! The East Aurora Police Department are ready to help fight cancer.  East Aurora Police officers are raising money for Roswell Park Cancer Institute by foregoing the shaving.  They will be snipping, clipping and eventually shaving their beards to raise critically needed funds for cutting-edge cancer research and compassionate, innovative patient-care programs at Roswell Park Cancer Institute. You can make a donation to THIS team by clicking HERE.

I’m sure there are other departments taking part as well – good luck to all of them!! Thank you to our amazing Police officers who are going above and beyond the call of duty to help those fighting the monster known as cancer.

For over six years, participants around the globe have put down their razors and foregone their hair appointments to join the fight against cancer. The No-Shave November campaign has successfully raised over $3.5 million dollars to combat this disease. Every dollar raised brings us one step closer in our efforts to fund cancer research and education, help prevent the disease, and aid those fighting the battle. Each whisker grown allows us to embrace our hair, which many cancer patients lose during treatment.