A sad and heartbreaking update from family members – Joey Scinta has passed away. Mary Scinta passed along the news of her husband’s death saying, ” He has been an incredible friend, father and the love of my life. I didn’t just marry this talented loving man but an entire talented loving family. I want to thank everyone for their prayers and love

❤️ You’ve brought as much comfort to my family as Joe brought laughter and joy to all those who were fortunate enough to encounter him.”

We are sending love and prayers to the entire family.

It’s likely you’ve heard of the Scintas. They’re a Buffalo family who made it big in Las Vegas with their show, “The Scintas”  at the Plaza Hotel and Casino. They’ve been performing in Vegas and around the world for decades.

Their show is billed as an evening of great music, sidesplitting comedy and celebrity impersonations. The Scintas share their experiences of growing up in Buffalo, New York, and its impact on their lives. The show is warm and fuzzy, while full of emotion and laughter. Frank Scinta’s piano solo is worth the price of admission. 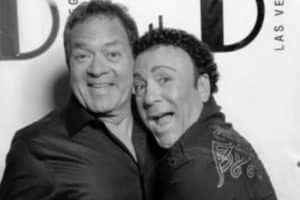 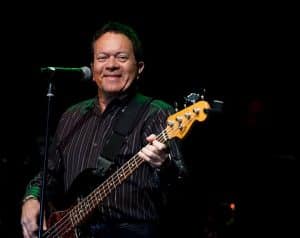 Earlier this month, Joey Scinta suffered a series of very serious strokes and is fighting to bounce back. His friends and family have asked those who want so support him, to do so through their GoFundMe page.

HERE IS WHAT IS WRITTEN ON THEIR PAGE.

“Sometimes life has a way of coming in and bringing a family to its knees. During times like these when the road seems so long, we lean into our faith, family and friends.  As some of you may know, Joey Scinta has had a few scares with his health. We always laugh and say, “He has 9 lives”, because whenever something happens he always bounces back and fairly quickly. This time that hasn’t been the case. Saturday, November 4th Joey was taken to the hospital via ambulance, he was having a stroke. That night was very tough on everyone, he lost the use of the right side of his body and couldn’t speak. With time and the help of his wife Mary, his daughter Lisa, and family we have been able to help him make some small gains. He was putting sentences together and he began to have purposeful movement in his arms, legs, hands and feet. Everyone became optimistic that with speech and physical therapy he would overcome this. The following Wednesday, his body took a turn for the worse. With the damage the strokes caused to his brain he was very confused. He kept trying to leave the bed and do things independently that would have only caused more harm. The Doctors administered a sedative that would calm him and allow them to help him heal. During the night, he suffered from three more strokes and has not regained consciousness since. The strokes are being caused by his heart functioning at a reduced capacity and and a blood clot/mass that is inoperable. There is significant damage to his brain that is irreparable and will affect his speech and motor skills. He can hear everyone but because of the fluid that has built up in his brain, he is unable to open his eyes.  In the recent days, he has shown some progress, he will lift fingers and move his legs and toes. The doctors are saying that time, faith, postivity and his will to fight will bring him back . As you can imagine, this isn’t easy and it doesn’t end here. Many friends and family are wondering how they can help. Although flowers are beautiful and a very kind gesture they are not allowed in his room, nor are his favorite meals. If you are looking for a way to help, we kindly ask that you contribute to his medical fund. This will help pay for the ongoing expenses and alleviate the financial pressure placed on his family. We will be diligent in keeping everyone up to date on his progress. We are grateful for all the love, prayers and kindness.”

Scinta family says… their show will go on