UPDATE: Aiden’s white blood cell count is low – he’s back in for blood work. The family is asking for prayers.

It’s hard to imagine your child so sick, he’s given 24 hours to live. That is what happened to Janel Little from Buffalo and her baby boy, Aiden. 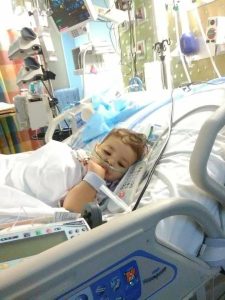 It was a few months ago, on Thanksgiving – sweet little 18-month-old Aiden became very sick and was taken to Women & Children’s Hospital. Doctors found his liver was failing.  Aiden and his mother were airlifted to Mount Sinai Hospital in New York City. The baby boy was put on life support and was added to a donor list. Doctors told Janel that her baby had mere hours to live. 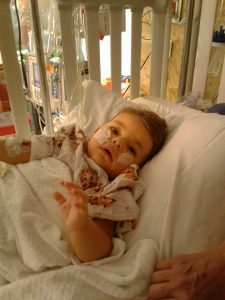 But, miracles happen. And did that day. Aiden’s aunt, Josephine Little – his mom’s sister – proved to be a match. She flew from Buffalo to New York City and both were prepped for surgery. Josephine tells me it wasn’t an option – at all, “I saw how fast he was deteriorating. I knew it was a piece of my liver or he wasn’t going to make it.” Doctors gave little Aiden a piece of Josephine’s liver. The livers of both the donor and recipient grow back to full size approximately three months after the surgery. The operation lasted about eight hours. Both Josephine and Aiden did very well. 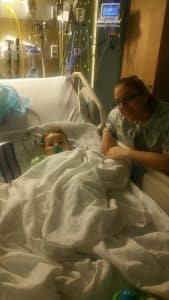 Josephine was in the hospital for five days, Aiden spent several weeks there. Both are recovering. 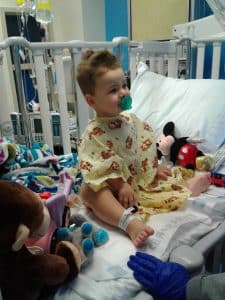 Janel is eternally grateful for such an amazing gift from her younger sister, “She basically saved my son’s life. I owe her my life for what she did for my son. She is his Godmother and now the person who saved his life. I am beyond grateful.”

Little Aiden still travels to New York once a month to be checked out. He will continue to do so for the next year. As you can imagine, this is a huge financial burden, and relatives have started a Go Fund Me page to help the family with medical and travelling costs.

It’s been a surreal and scary few months. For Josephine, who is still recovering, she’d do it all again- no doubt, “Everyone is calling me a hero and an angel, but I didn’t do it to get recognition or praise for it. I did it because I knew he would die if I didn’t.”

A nephew and aunt – with a special and amazing bond that nobody can ever take away.

*Currently 17,000 adults and children are waiting for donated livers to become available. For more information on organ and tissue donation, contact Unyts.