It was a Wednesday morning in September of 2017, when something terrible happened during a training exercise at Camp Pendleton.

Fourteen Marines and one Navy Officer were hospitalized after their amphibious vehicle caught fire during a training exercise at a military base.

Corporal Jacob McMahon from Grand Island was one of those injured. His injuries were severe. Burns to his face, neck, and hands.

Corporal McMahon and the others helped one another, saved each other, went back in to help those in need. It’s astounding to think about that.

But, it is exactly what happened.

He helped save those young men – including Corporal McMahon, “Our motto at the Camp Pendleton Fire Department is to “Defend those who defend America”. As the incident commander, when I arrived on scene, I immediately knew our agency would be put to the test,” Chief Camerena wrote in an email to Totally Buffalo, “Our personnel quickly arrived, provided the utmost customer service, and had all the injured Marines transported to local hospitals for treatment.”

Defending those who defend America.  In other words, heroes saving heroes.

Those injured Marines went to various hospitals on their journeys to recovery. Chief Camerena went back to his life, too. He went on saving people, fighting fires – and helping those in need. 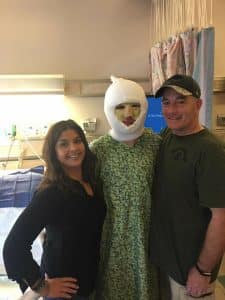 Corporal McMahon spent months healing. Undergoing terribly painful treatments for those burns. He came back to Western New York to spend time with his family.

The truth is… it wasn’t easy. But, through the pain, through the treatment, through it all – Corporal McMahon’s spirit soared. The 21-year-old wanted just one thing – to get back to his job – as a United States Marine Corporal.

Jake does have more healing, mentally and physically, but cutting edge therapy has helped him exponentially. It was new stem cells called Epifix Skin that helped heal Jake.

The pictures tell the story.

He went back to California for more treatment. His parents, Sean and Maryanne McMahon, went to visit him and they were all blessed to meet Captain Camerena and the rest of the first responders that saved Jake and the other Marines.

It was an amazing experience. Having the chance to thank the people who literally saved your life is a true blessing.

“Meeting the first responders was an awesome experience, it was like a missing piece of the puzzle to my recovery, they are a really great group of guys and I can’t explain how meaningful it was to meet them and hear about their experience of the explosion and our treatment from their perspective,” Corporal McMahon told me, “They saved a lot of people that day and gave me and my fellow Marines the best treatment possible. I hope that it was just as awesome for them to meet us as it was for me to meet them, it’s almost like closure to meet everyone involved that fought so hard for you and to hear the story come full circle. I am forever grateful for that group of guys and will never forget them.”

And the truth is, they will never forget Jake. Chief Camerena told me it was just as special for him to meet that very brave Marine, “Most of the time, once a patient is transported to the hospital, that’s usually it. It’s not often that we get to meet those individuals that we provide our services to. It was a pleasure to have met him and his parents. As a military parent, it felt great to see the happiness in his parents and in Jake. His treatment and progression is amazing.”

Regardless of Jake’s strength, determination and incredible spirit – he still has a long road ahead;  although, so far his doctors are amazed at his recovery.

His parents are overjoyed – but, they’re not shocked. Their kid is a fighter, a patriot. 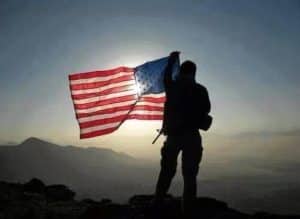 ← previous post next post →
← Emotional film made in Buffalo, to be screened at Cannes Film Festival! Grab some tissues & check it out! Adorable kiddos meet the Easter Bunny! So many cute pics! →