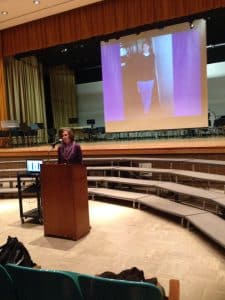 Deanna’s sister, Karen Kwiatkowski was killed 19 years ago. A young woman with a wonderful future ahead of her, taken away because of a drunk driver.

“She was 18 years old, just a few weeks shy of her 19th birthday. A few weeks before the crash (it happened on March 6, 1998), she was named a trainer for St. Bonaventure’s softball team, where she was a freshman majoring in sports medicine.” Deanna said,  “It was a huge honor because she was a freshman, and that position usually goes to a junior or senior. Plus it was the softball team, and Karen played for 12 years!”

Karen was riding with her friend Katie on Seneca Street in South Buffalo, headed to pick up Katie’s grandmother. It was around 9:30 at night when they were hit head on by a drunk driver. That driver, Michael McCarthy had a blood alcohol count of .14.

The ironic, sad, and maddening part is that McCarthy was arrested just five hours before the crash. He was held by West Seneca Police for driving without a license or registration. His BAC was .04. Within hours, he was bailed out, got his keys back, and got into his car. And as Deanna tells us, that’s not all, “He stopped at a bar to drink more, then came speeding down Seneca, crossed over the double yellow line, then crashed into Katie’s car. He was going 55 on what is a 30 MPH street.” Karen was killed almost instantly. Paramedics got her heart started three times as they took her to Mercy Hospital, but sadly it wasn’t enough. She died a short time later.

Her family was devastated. Destroyed. Now, all they have are memories and what-ifs, “I often wonder what she would be doing if Karen were alive today, perhaps a successful sports trainer, if she’d be a mom, and I miss the relationship we could have had. A sister bond is one of the strongest in families, and I can’t have that. I’m now an only child. Every time I talk I get emotional when I talk about my kids, because they were robbed too – robbed of the beautiful person who would love them so very much. They will only know Aunt Karen through pictures.” 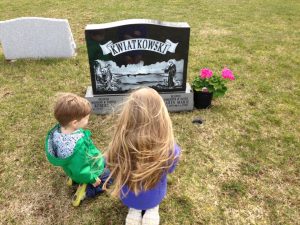 For Deanna, the day she lost her sister and best friend, is the day that reshaped her, “I have difficult days, when I hear a song that reminds me of her or I see a butterfly or bunny I am reminded of her. Really I think about her all the time. I think about the last conversation I had with her and the fact I didn’t get a chance to say I love her and will miss her very much.” 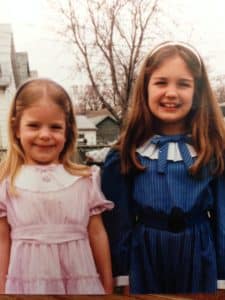 So much taken away because someone wanted to get behind that wheel – drunk. So much taken away because someone didn’t think about what could happen, “The message I have is in the end it’s a choice. It’s a choice that you make hours before that party or trip to the bar or restaurant. Just make a plan. When you’ve already had two or three, you can’t make that decision with all your senses. Go into the night with a plan for getting home safely.”

And that is just what she tells teens, like the ones at Eden High School during their pre-prom assembly. She told them what many of us parents tell our own children; that if you drink, if you drink anything, call us. Call and know that we will come and get you. That we might be disappointed, but we will be proud that you did the right thing.

If only Michael McCarthy would have done that. “My parents got a message on their answering machine from a nurse at the hospital. 19 years later, they still hold their breath when they check their machine.” Deanna said “At the hospital, a police investigator walked into the room where we were and told us Karen didn’t make it.”

It is a senseless crime. One that ruins lives. One that changes everything. It’s the family of the innocent victim that lives with the grief and loss, “Michael McCarthy served 10 years of a 15 year sentence for vehicular manslaughter and vehicular assault. He got out in 2008 and was able to move on with his life. Meanwhile, we will forever have a hole in our hearts where Karen should be.” 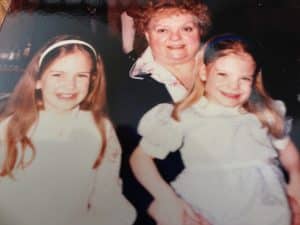 That’s why Deanna Russo speaks to high-school students. Because she lost her little sister. She lost what was and what could have been. That’s why she speaks whenever she can. She doesn’t want anyone else to feel that kind of loss. 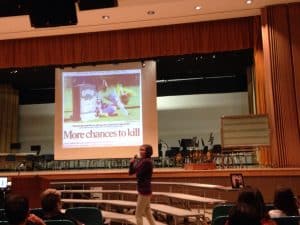