Pediatric Cancer, shine the light, meet those we’ve lost and learn how YOU can help.

September has come and gone. It was Pediatric Cancer Awareness Month. It was not pink ribbon – but yellow or gold. It was a way to shine light on the fact that Childhood cancer  is incredibly UNDER FUNDED, UNDER RESEARCHED and really not talked about very often.

Each year, more than 15,000 kids and young adults are diagnosed with cancer—that’s about 42 per day. Every day.

Though the 5-year-survival rate for childhood cancers has reached 80 percent, nearly 2,000 kids under age 19 die each year, making cancer the leading killer of children by disease. There is still pediatric cancer that has a zero percent survival rate.

When I worked at Channel Two – I did many stories on children with cancer. Too many.  My heart broke for them. All of them. I feel blessed and honored to have met so many wonderful, strong, courageous people. Kids and adults.

I was shocked when I first heard, from parents who lost a beautiful baby girl, that only 4 percent of money raised for cancer research goes to help fight and cure pediatric cancer. 4 percent. That doesn’t stop charities from using pictures of those beautiful, bald babies and children on their fundraising materials, does it?

We  have to remember children who’ve suffered.

Like my good buddy, Nate Brundage. An amazing young man  – who at just 19, was wise beyond his years, focused on helping others, and just a lovely and caring person.

Nate was a firefighter and trustee with Lewiston #2 Volunteer Fire Company while concentrating on his long term goal of one day becoming a full time firefighter. Nate was a member of the Young Marines in charge of their color guard and was promoted to the rank of Corporal. Nate was a dedicated volunteer and the proud recipient of the Presidential Volunteer Service Award, which he was given for more than 150 hours of community service. He was a passionate hunter and avid Buffalo Bills fan. He enjoyed listening to country music and most of all loved being with his dog, “Angel”. Nate was all of those things. And much more.

I was very fortunate to know Nate and was happy to spend a few minutes with him just before he passed away. I will never forget that time. Never forget him smiling, knowing, I’m sure, that he was leaving for Heaven. His mom, Angela is a warrior on his behalf. I can’t imagine how much she misses her son. He faced brain cancer with grace, determination, and courage. Nate deserved more than four percent. 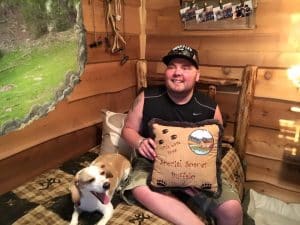 And Ginny Fagard who battled cancer – not once – but twice. She passed away this past April, leaving a family to mourn her loss forever. Ginny was just 16-years-old. She had a smile that would light up a room. She was sweet, caring, and fought so very hard. Ginny will never be forgotten and will live on through those who love her. Ginny deserved more than four. 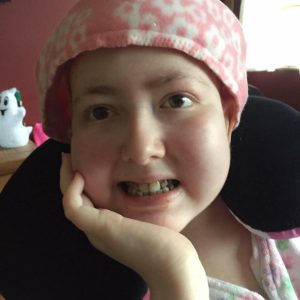 Matthew Foster was just shy of 18 when, his family says, God called him back home. That was in January of 1999. Matthew was the fifth child in a family that would grow to a total of 8. Matthew was diagnosed with cancer just before Christmas in 1996. He put up a terrific fight in his 25 month battle with this terrible disease.  Matthew was a blessing and his family continues to hold his memory close to them.  They created a foundation in his name and memory. The Matthew Foster Foundation works closely with Roswell Park Cancer Institute, Essential Care, Women and Children’s Hospital, and other local organizations. Burt Foster tells me that since the foundation was established in 1999, in his son’s honor, they’ve raised over $1,150,000 and provided assistance to over 540 Western New York families battling this dreadful disease.  Matthew deserved more than four.

There are many others we’ve lost and many more who continue to fight.  Strong, brave, beautiful children who are missing out on their childhood because of this monster that is cancer. Kids get cancer, too.

September might over, but this fight has to continue.

You can help, too. By sharing stories and donating time and money to charities that help children and their families. There are many to choose from – here are a few.

Reach out to your elected leaders and tell them we want change. Tell them our kids are worth it. Tell them to stop wasting money on nonsense in our government – and put that money to the best possible use;  the future of this great country. The children who will lead the way – who we need to lead the way.

The National Cancer Institute – which controls billions of dollars  and releases a fraction of its resources to specifically help children with cancer is taxpayer-funded – which means that our voice counts. This is why you have to call or write to your elected leaders and tell them to give these children more than four.