Super-fan is headed to the Superbowl – to see football and Lady Gaga!

It is a big football weekend for sure! And if you think you’re excited to watch from your favorite chair, couch, or corner bar stool – trust me when I tell you – it’s nothing compared to how excited 20-year-old – Vinny Cicatello is.

Vinny is in Houston for the Superbowl! It’s a wish-come-true. Literally – and in more ways than one. Make-A-Wish WNY is sending him on his dream trip. A wish that has been in the works for six years. Six. Long. Years.

The young man from Buffalo – has severe combined immune deficiency. He was born without an immune system and has had a bone marrow transplant to help keep him healthy. Weekly infusions are a must – and right now, we are happy to say that Vinny is feeling good.

Vinny tells me he is excited for the game, but as a HUGE fan of Lady Gaga, he is over-the-moon to see the half-time show, “It’s an unreal feeling. It’s really special for me. Honestly, I can’t even believe it.”

Oh, you need proof? No problem. Vinny’s got it – with plenty of pictures. That’s him with the green hair! 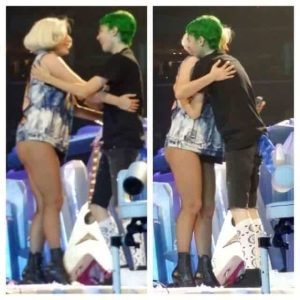 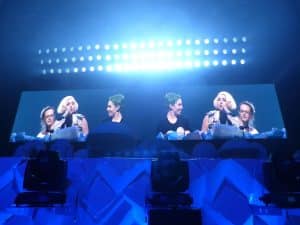 And he’s met her a few other times, too. That’s Vinny on the left with orange hair. 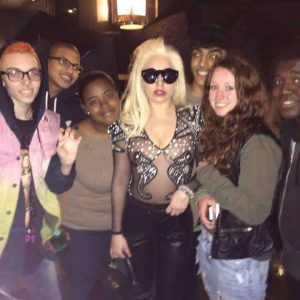 And believe it or not – she follows him on twitter! I know – I’m jealous, too!

Vinny and his Make-A-Wish volunteers have worked for years on this – and now that it is actually happening he says it’s surreal, “Words can not even explain it. I’ve been working for six years. It means a lot that they are doing this for me.”

That is what Make-A-Wish does. They do, and do, and do. They do it for kids, for their family, for the community. They make a wish and a difference.

Vinny, his dad, sister and grandmother left for Houston on Friday. And – on Sunday – Vinny and his dad will take their seats  at NRG Stadium. Like most Buffalonians – Vinny is pulling for the Falcons, but regardless of who wins the game – we know the true winner is Vinny Cicatello. He’s the one I will be cheering for on Sunday!

For more information on Make-A-Wish or to make a donation, check out their website.