Russell Salvatore is an 84-year-old who still loves what he does and the community he does it in! Mr. Salvatore says Buffalo is filled with good people – who’ve been good to him. He believes in giving back to the people who helped to make him the success that he is!

He’s known for his impressive and beautiful restaurant, Russell’s Steaks, Chops & More where he still puts in fulls days – greeting guests for dinner, working alongside his staff. Something he loves to do.

He’s also known for his giving. Boy does he give. Millions of dollars over the years to places like E.C.M.C., Children’s Hospital, Kevin Guest House, The Red Cross, The Lancaster Boys and Girls Club, The Buffalo Zoo, and the list goes on. And on. And on. 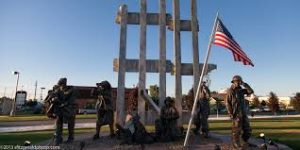 He’s known, too for his amazing Heroes and Patriots Park – which took six years and $3 million dollars to complete.  The park includes several memories honoring those who died during 9/11, Flight 3407, the Battle of the Bulge, and others. There’s even a replica of the Tomb of the Unknown Soldier.

Just a few months ago, Mr. Salvatore donated ten vans to the Veterans Administration to help disabled veterans. He told me then that being able to do things like that – gives him 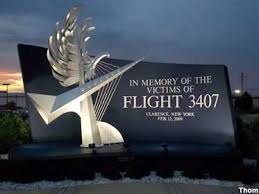 I asked Mr. Salvatore why … why all the giving – his answer is quite simple,

“You can’t take it with you. It makes me feel good inside to be able to give back to the community who have helped me to become as successful as I am.”

That’s why today – we celebrate giving with Russell Salvatore, a  philanthropist who has done more than we know for this community.

He is the definition of Buffalove.

Russ Salvatore does it again – he just keeps giving and giving! #TrueBuffalove

← previous post next post →
← Totally Buffalo 716MAS Festival - What is Ali's Rally and why should we ALL care. Grab your skates and get ready - Canalside's Ice Rink opens this week! →