According to Artpark’s Twitter feed, they are taking security precautions but do expect the concert to continue.

According to a few folks at the event, a dog apparently made some type of hit on the area around the stage. As a precaution, police have moved some concert goers away from the stage area.

I just spoke with an employee in the VIP section who tells me she and a co-worker have been moved into a shed for safety.  She tells me that she’s heard nothing since being told to go into the shed.

I was told by an employee that nobody is allowed in or out right now – that a dog was doing a regular walk through and “sat down next to a speaker and would not budge.”  A second dog came in and had a hit in the same place. They had to take every precaution after second dog stopped at the same place. They believe it may be some type of cleaning agent and will likely give the all clear very soon. 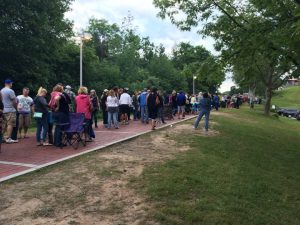 More information as it becomes available.

← previous post next post →
← Family keeps son's memory alive by giving back. He fell 75 feet into the Niagara Gorge and LIVED to tell about it →