The Niagara County Sheriff’s Office says they received several 9-1-1 calls reporting a bounce house, located at “The Maize”on Niagara Falls Boulevard, was thrown into the air as the result of a wind gust. 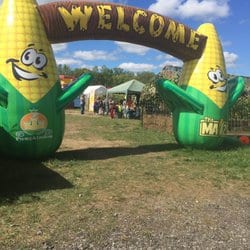 The bounce house traveled approximately 50 feet from its original location. There were several children playing on the bounce house at the time it went airborne.

The children were treated for minor injuries at the scene. A 76 year old woman was standing next to the bounce house. When the bounce house went airborne, she was struck and dragged by the bounce house approximately 20 feet. She was taken to E.C.M.C for treatment of non-life threatening injuries. 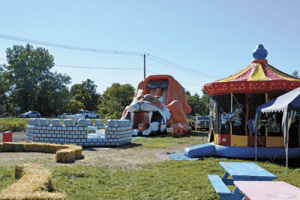 ← previous post next post →
← Promise kept: BPD refused to give up, bring home the body of Officer Craig Lehner Help 5-year-old Caleb get the service dog he needs! →