The Erie County Fair is just a few weeks away – and the grounds are a mess after a confirmed tornado touched down Thursday afternoon. 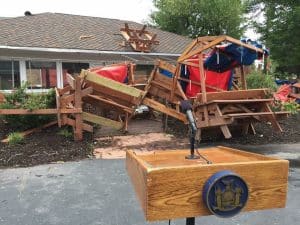 The National Weather Service confirmed the tornadoes after assessing the extensive damage that tore through parts of Western New York.

The first tornado hit at 12:30 p.m. in Hamburg as an EF2 rating, with top wind speeds reaching 105 mph. At the Hamburg Fairgrounds, dozens of vehicles had their windows blown out from the strong winds. Several structures, including the grand stands, were significantly damaged. Trees and power lines are down. 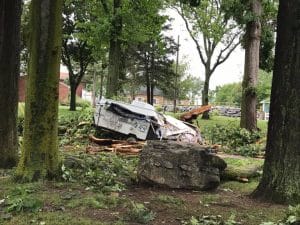 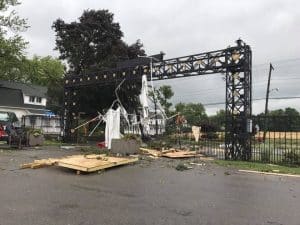 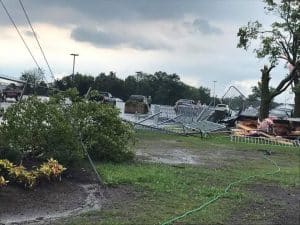 Now folks with the fair have the big job of cleaning up and fixing up the grounds. They say they will be ready. Holly Symczynski, Marketing Manager at the Fairgrounds tells me they’ll be okay, “You know, its better now than in 20 days here; there were no injuries; just property damage. We can fix that.  Between the wonderful contractors we work with and our staff, it will be fine, I just know it.”

← previous post next post →
← Eyewitness describes what he saw, is confident it was a tornado. Why was Hilary Duff in town, who was she with - and yes, even what she ordered. Here's the scoop. →