Is there a comeback in the Falls, too?

I will admit, I’m a glass half-full kinda gal. I prefer to see the good, not the bad. So, in the case of Niagara Falls, NY being on the verge of a fabulous resurgence, I am – hopeful! That being said, I’m also a realist and I know not to get too excited.

It is possible. No doubt about it. And now, there’s a basic blueprint to follow.

As a citizen and a journalist – I watched Buffalo bounce back. I watched the SLOW progression. I saw how it didn’t happen until the folks in charge stopped seeing things in a grandiose way. They got out of their own way.

They FINALLY realized we didn’t need Bass Pro or some other tourist trap. We had everything we needed. A beautiful waterfront. So, they cleaned things up and set up some chairs. Literally. 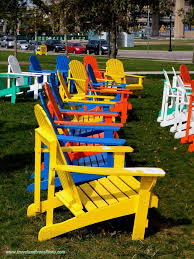 They put some chairs up along the inner harbor and the rest fell into place. Small businesses brought kayaks, waterbikes and yoga classes to the water’s edge and folks began to flock to the area. Even during winter. 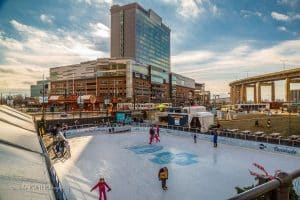 Why wouldn’t they? It is stunning. The views can’t be beat. Certainly not by some enormous Bass Pro Store or any other gimmick. 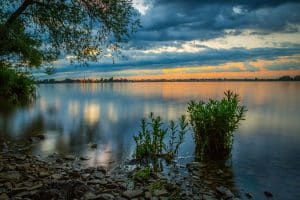 That’s finally what Niagara Falls is doing. They realize that maybe less is more. 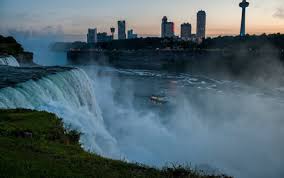 They stopped trying to compete with Niagara Falls, Ontario – because they can’t. They stopped trying to be something they’re not – a new slogan “Where Adventure Comes Naturally” confirms it. They’ve started to see that they have the best tourist trap of all – the beauty of the falls. Now – stop with the big-dreams and it’ll come. It already is. 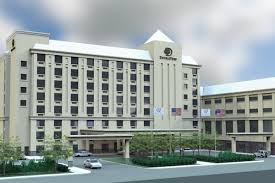 No fewer than five hotels have popped up in the Falls – or will very soon. Including the brand new – $37-million dollar Double Tree by Hilton Hotel. I took a drive down there to check it out and it’s pretty sweet. I took a quick tour and was pretty impressed. This place is gorgeous! And the views. Wow. 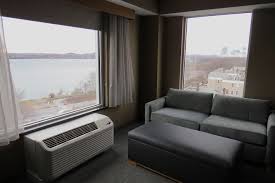 And yes, there’s a heated indoor pool, a gorgeous restaurant overlooking the upper Niagara, beautiful rooms with huge flat screens, wifi and on an on and on. And on. Yeah, that place is amazing!!!  It has everything you could want in a luxury-yet-family-friendly hotel – but it has something you can’t really buy. It has the mighty Niagara Falls just a hop, skip and a jump away. You can walk to the brink of the falls in just minutes.  Dave Carroll, the Director of Sales and Marketing for the Double Tree tells me that’s what folks want. He says it’s a new day for the city, “So if you haven’t been to the falls in the past five years, come now, because it’s not what it was five years ago and it won’t be the same five years from now. Things have changed, we are letting nature sell it.” Carroll says he is encouraged by the combined effort by the state, the city and small business owners, “Niagara Falls is normally a 4 month town, 5 month town. We’re finding it’s becoming a 7 month town, 8 month town.”

Yes, there are empty buildings.

But some are filling up, too. The Craft Bar and Kitchen just opened up on Third Street.

Yes, there are issues.

But, good things, too. New lighting fixtures and some beautification projects are underway. Yes, it’s aesthetics, but still – it’s pretty.

The Doubletree overlooks the recent removal of parts of the underused former Robert Moses Parkway, which is also a big step. The state and city have stepped up and are actually working together. They’re taking baby steps. Baby steps, yes – but at least they are moving forward.

And that is how it all starts. By getting people there. Next step, keep them just a little longer. And longer. There is no way to know for sure what the future holds for Niagara Falls, but one thing is certain – the beauty of the nation’s oldest State Park can not be underplayed.

← previous post next post →
← Brave Run - An incredible show of support for a special little girl! Featured pet of the week. Pebbles really needs a home →