It is with great sadness, we report that Kim Vaillancourt – the Tonawanda mom who inspired so many – has passed away.

The community rallied around Kim Vaillancourt for years as she fought cancer. And for those years, Kim inspired her family, and all of us, with her courage and faith as she battled glioblastoma.

The Tonawanda wife and mother of six passed away peacefully on Saturday night, April 24, 2021. She was 41 years old..

The family issued a statement on Sunday:

“It is with tremendous heartache and sadness that I share that Kim Vaillancourt passed away peacefully surrounded by her family last night, April 24th at 10:52 p.m. Having known the Eisenhauer family my entire life, my heart is shattered for her husband Phil, her beautiful children, parents, and sisters.

Kim has been an inspiration to countless people, some she never met. Battling brain cancer (glioblastoma) with such courage and strength, she always had a smile on her face. Her faith was an inspiration to me and so many others. Thank you to all of you who have supported the family through this journey.”

Her strength and faith have certainly inspired many in our community. Kim Vaillancourt’s story is one of sadness – and determination, one of inspiration and heartache.

If you’re not familiar with her story, here it is told by a good friend.

Kim (maiden name Eisenhauer) and Phil Vaillancourt were always meant to do great things, their two biological children stole their hearts, and nothing was different nearly three years ago when they started the adoption process of three sisters. Despite the hectic life of raising five kids, everyone around them watched as their eyes filled with excitement when they found out they were expecting a baby boy in May 2016.

On December 25, 2015, just two days after they officially adopted the three girls, Kim woke up with a terrible migraine. Kim’s pain tolerance is so high she didn’t think anything of it, but none of her favorite Christmas treats were appetizing, really nothing was other than sleep. Two days later, when it only got worse, Kim asked Phil to take her to the hospital. Kim is tough, so when she asks to go to the hospital something is wrong. Hours later, they were given heart breaking news, Kim had two brain tumors, one on the frontal left lobe, and one on the stem of the brain. If she was not pregnant they would have operated immediately, because of the location on the brain stem. But because of baby Vaillancourt the doctor wanted to put her on steroids for 24 hours before removing both tumors.

Two weeks later pathology results confirmed the family’s worst nightmare. She was diagnosed with grade IV Glioblastoma, a type of incurable brain cancer, that has a median survival rate of 14 months.

Normally, doctors would start patients diagnosed with this disease on a treatment plan immediately. But Kim wasn’t just fighting for her own life she was also fighting for the growing baby inside her tummy, Wyatt Eli. Which means brave little warrior sent by God.
Because Kim’s number one priority was her unborn baby she held off any treatment until baby Wyatt was safely delivered.

Kim fought the disease with grace, surrounded by her family.

We send our deepest prayers and condolences to the Vaillancourt and Eisenhauer families. 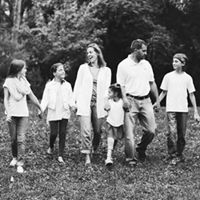