Sandra Block has always wanted to be a writer. She became a neurologist. Don’t see the connection? She explained it to me, “Let’s just say I’ve fought the urge for a VERY long time. I’ve always been conflicted between medicine and writing. I was an English major and pre-med in college, then worked at the Buffalo News while shadowing a psychiatrist over the summer. Twenty years ago, during my residency, I wrote a medical thriller called Scalpel. I never got an agent, and it never (thankfully!) saw the light of day. Around age forty, I decided to give it another try.” 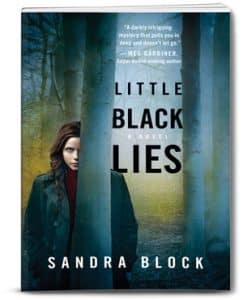 And apparently waiting paid off. Block just released her third book in a series, “My books are psychological suspense with a kooky psychiatrist as the main character. The setting, of course, grand ol’ Buffalo, New York! The first book, Little Black Lies, was a finalist for an International Thriller Writer’s Awards and got an NYT review. The Girl Without a Name is the next in the series, and The Secret Room just came out.”

Block says her time as a resident gave her some ideas, “As for inspiration, many of the ideas come from my long-ago days as a neurology resident. But none of plots are based on real cases. Luckily, I’ve never had a patient try to kill me, a pediatric patient with amnesia, or spent any time dealing with psychopaths in prison!”

Block admits she got a bit lucky as far as getting published – but that’s just a part of the deal, “Getting published isn’t easy… As I said, I tried it twenty years ago and decided to take my ball and go home. This time around, I was more serious about it though. I read books on writing and set aside time to do it every day. Happily I got an agent quickly, on my second query letter -but that’s not the norm. There’s a lot of luck involved. After that, it still took us about a year to sell the first book and another to publish it. Patience is a virtue when it comes to publishing!” But obviously well worth waiting for, “Holding my book with my name on the cover was literally a dream come true. Walking into Target (or an airport!) and seeing your book is quite a thrill.”

The published author stresses that writing is something you just have to do – whenever you can, wherever you can, “My favorite writing spot depends on the season. In the winter, it’s at the sunny kitchen table watching the snow out the big window. In the summer, it’s on the front porch among all my hanging planters. And on vacation – it’s by the beach – of course!”

That third book in the series, The Secret Room is out now and available online or at bookstores all over! It’s pretty cool that she’s from WNY and the books are set in Buffalo.

Finally, some advice from this famous author to the rest of us who like to write and might decide some day to pen a novel, “Write! That’s it, just do it. Read books on your genre. Read books on writing. Wake up one hour early every day, and just do it. Anyone can.” 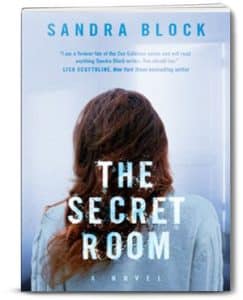 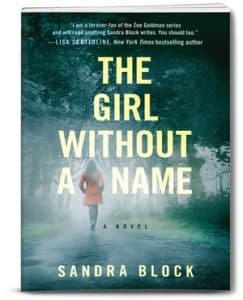 By reading her blog, you can tell Sandra Block has a great sense of humor – but her genre is suspense, mystery – and her books will no doubt keep you guessing and wondering what’s next. There are some amazing reviews of the series – so be sure to put them on your summer reading list!

You can find more information on Sandra Block at sandraablock.com and you can purchase her books at Barnes and Noble, Amazon, Target and wherever else good books are sold!