There is no doubt, this community is heartbroken over the loss of Buffalo Police Officer Craig Lehner. Now, it is time for a public display of the support, honor, and love that we’ve felt together.

Officer Craig Lehner was doing a job he was passionate about.  Alongside his K-9 partner, Shield – Officer Lehner was protecting and serving in a community he loved.

Officials with the BPD released funeral arrangements on Thursday afternoon. The public is invited to Officer Craig Lehner’s wake and funeral. 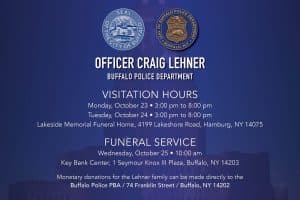 Officer Lehner’s funeral will be at 10 a.m. Wednesday, Oct. 25, at KeyBank Center. Interment will be in Forest Lawn Cemetery.

Calling hours will be held from 3 to 8 p.m. Monday and Tuesday at Lakeside Memorial Funeral Home, Lake Shore Road, Hamburg. 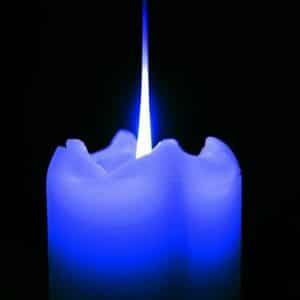 Craig Lehner’s cousin, Kaitlyn Elise is also encouraging the public to show support by attending a candlelight vigil Thursday evening (October 19), “We are having a tribute tonight at LaSalle park from 530 until 930. Asking for everyone to bring a blue light to honor my cousin.”

She also tells me the support her family has received gives comfort and means a great deal, “It means everything. It shows what an impact he had on people. Not just his co workers in the police department. But his friends and the community and everyone he met. The stories of the people that met him even if it was only just for a few minutes. It speaks volumes about who he was and the impact he had. The outpouring of love and support has been unbelievable.”