26-year old pregnant woman killed in crash on Route 400. Her family is hoping for help from the community.

East Aurora Police have identified the victim from a fatal crash this morning – as 26-year-old Corrine Closson of East Aurora.

Investigators say Corrine Closson was turning left from a stop sign onto Olean Road at the entrance to Route 400 about 6:30 this morning when her car was hit by a van. Closson and her unborn baby both died at the scene. The driver of the van was not injured. 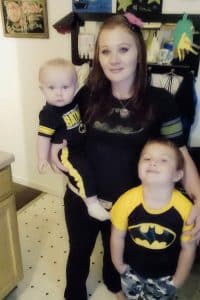 Closson was reportedly eight months pregnant with a baby girl. She leaves behind two young boys.

Corrine’s sister, Emily- has started a GoFundMe page to help with funeral expenses and to care for her two little boys left behind.

East Aurora Police tell me the accident is under investigation – no word on any charges at this point.

← previous post next post →
← Helping the community - because, well -she can. Be inspired by this mom's work!! PHOTO GALLERY: The Cutest and Scariest faces in town as WNYers celebrate Halloween! →