I am so excited about this Spotlight Interview. I’ve been a fan of Mike Randall for a very long time! He has been with Channel 7 for nearly 35 years! It was nice to catch up with Mike – who talked about his longevity, favorite moments on live television, and of course, what makes him Totally Buffalo.

A: I started in August 1983. I think I was six years old. I’m not sure why I have been here so long, but I keep showing up and they keep paying me. The job is perfect for me because I have a very short attention span. Everyday is different. I started as a feature reporter for the first six years, then became morning show host and weatherman for 10 years and then went to nights as Chief Meteorologist for ten years, back on mornings for a few years and now I’m doing features again and filling in on weather when needed. This time around I’m shooting my own pieces and editing digital. While the viewers may get tired of seeing me, I don’t think this job has ever been or could be boring. 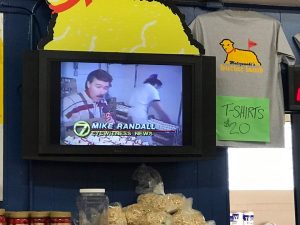 Q: You’ve seen many changes there – what shocked you the most?

A: What shocked me the most in the last 35 years is that I got the job in the first place. I was turned down the first time. Six months later, there was a new News Director and I got hired. The other shocking thing is that I have been able to keep this TV Career afloat for so long in one place-my hometown!

Q: Is it true you were once a spokesman for the lottery?

A: I did one lottery commercial in the 70’s where I pulled burning lottery tickets out of my pockets. The NY State fire Marshall thought that it was a horrible example to children and yanked it off the air after two weeks. The commercial is on YouTube. While I still perform magic, I do not do fire ticks. 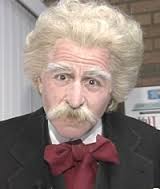 Q: According to my research, you started impersonating Mark Twain when you were 17…. where’d that come from? And what’s your favorite Twain book and quote?

A: As a kid I used to do a variety of impressions. I was doing Jimmy Stewart when I was nine years old, so it wasn’t much of a leap to do Mark Twain. I always loved the humor and the idea of playing a crotchety old guy-that was before I became a crotchety old guy. I still love, love, love Huckleberry Finn and one of my favorite quotes is “I feel better than I would if I were dead.” 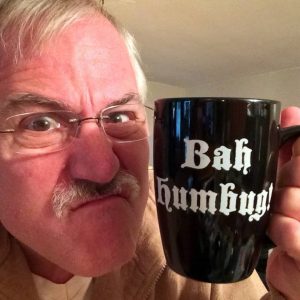 Q: Does it really take 3 hours for makeup to get into your Twain role?

A: When I was seventeen it took three hours. I had to glue a lot of rubber pieces on my face. I can get ready in about half that time now.

Q: Do you miss Rocketship 7?

A: YES! Mostly I miss hanging out with Thelma Louise, Captain Cartoon, Yeoman Bob and Promo the Robot. Even though our version of R7 lasted only eighteen months I have every episode on tape/dvd and have posted a few clips on YOUTUBE.

Q: Do you have a favorite story you’ve done? I know that’s a tough question.

A: There are many favorites. Interviewing Red Skelton, Willie Nelson, Robert Goulet and stars like that was always a blast. There are some great memories from trips when I got to do feature stories at political conventions, Woodstock II, soap operas, game shows, the toy fair, Liberty Weekend and seven years of Disney World Trips to participate and cover the Goofy Games.

Q: What’s the craziest thing that’s ever happened to you on live tv?

A: I was doing the Weather Outside with Robbie Takac of the Goo Goo Dolls and an escape artist who was all tied up-to promote Music Is Art. Robbie proceeded to put a plastic bag over the escape artist’s head, duck taping it around his neck-and the artist was supposed to get out of all that. The phones rang off the hook at the station and the news director went crazy. The escape artist survived. 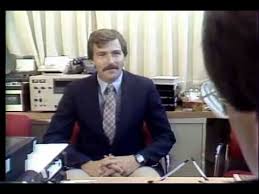 Q: Tell is a good story about your days on Good Morning WNY.

A: We were the first morning show in the market, so it seemed like no matter what we did it was okay. The show was a strong #1 for many years. One of my fondest memories (which I have on tape) was when my co-host Ann Edwards set up a live shot at my house for my birthday. I was totally surprised when I looked at the screen and saw my wife Kathy all dolled up at 6am with my two little boys Ben and Nick in their PJ’s sitting on the couch at my house- all wishing me a happy birthday. It was such a treat.

Q: Have you talked to Irv about his struggles?

A: It’s heartbreaking what he is dealing with. Through it all his spirits have remained high. Early on, I let him know that he was in my thoughts and prayers and thanked him for all the great times and advising me at the start of my career that “staying in one place” had great advantages. I have so many memories of the Irv days at channel 7. I just found a piece that I did on him in the 80’s when CHUM Radio in Toronto was running their “Irv Weinstein for President” campaign. I remember back then that Irv got such a kick out of that and it’s a testament to his ”International” popularity as an anchorman.

Q: How many times have people said to you – “It’s 11 o’clock, do you know where your children are? And more importantly- why aren’t they bringing that back???

A: That’s one of the lines I hear. The top two though would be “How’s the weather?” and “Do you still do Mark Twain?” I’m sure that “Do you know where your children are?” will make a comeback some day. What goes around comes around. Right?

Q: Will you be mad at me if I tell you that I loved watching you when I was a kid? ? Seriously, you are so beloved in this community – what does that mean to you?

A: It doesn’t make me mad at all. Without sounding gushy, at my age, it’s flattering when I’m told by anyone “I have been watching you since….” I can’t really wrap my head around the idea of being “beloved”. There’s a big part of me that is just darn glad to be working, doing something I truly love in my hometown. What’s not to like? There’s no heavy lifting. 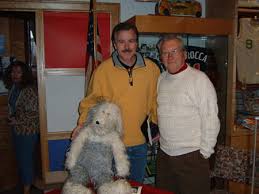 Q: What made you decide to go into weather? Was it Tom Jolls?

A: Tom hinted at the idea early on and I did fill in on the noon weather when Danny Neaverth took off a few times. In 1989 we had a weekend weather person quit and management told me I had to fill in until they got someone. Three months later we started the morning show. I was Co-Host and “weatherman”. Shortly after I went back to school to get my meteorological certification as well as seals from AMS and NWA. I put that all in one sentence, but it took fifteen years and I would never have finished it all without my wife’s encouragement.

Q: I’m supposed to ask you about your role as Richard the Rock Star??!!

A: Not sure about the “Richard” part. In 1987-for a series- I hooked up with the local band Strider. We wrote a song. I did the lyrics, Mike Runo did the music. We recorded it, promoted it and sold 3000 copies. The money went to Camp Good Days and Special times. On the flip side of our 45 was “The Eyewitness News Rap” which I wrote and convinced Irv, Rick and Tom to record. This is the 30th anniversary of “Randall Rocks” and I’m thinking of getting the band back together. By the way-our song won BEST SINGLE at the Buffalo Music Awards and was the number one seller at Cavages and Record Theatre for several weeks. 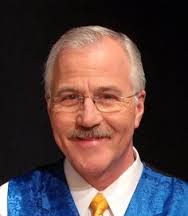 Q: What makes you Totally Buffalo?

A: If being born at Sister’s Hospital didn’t make me a certified Buffalonian-Totally Buffalo, nothing can. I have lived a few other places, but there’s no place like home.