With great sadness – we pass along word that beloved local Chiropractor, Dr Tony Bianchi has died.

The area has lost a gentle giant, a caring and loving man and doctor. These are words we’ve already heard after the loss of a man who was beloved in this community. Dr. Tony Bianchi ran The Pain Relief Institute on Union Road in Cheektowaga. He cared deeply for his patients and worked tirelessly to help relieve their pain. Tony’s sister, Chris Opera told me a few months back that those patients – every single one of them – mattered a great deal,  “Tony has his own chiropractic business. He takes great pride in helping his patients become pain free and return to a happy and healthy lifestyle! People are drawn to him because of his personality, his love of his profession and the passion he has towards people.” 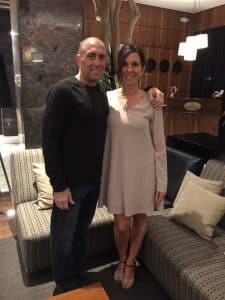 Dr. Tony was diagnosed with Pancreatic Cancer, but he and his family remained hopeful during his treatment – including specialized treatment at John’s Hopkins. Dr. Tony stayed strong and appreciated the unwavering support of his family, friends, patients and the community. 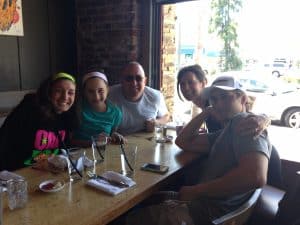 To give you an idea of what kind of man and doctor he was, here is the bio for Dr. Bianchi listed on The Pain Institute Website.

Dr. Bianchi received his undergraduate degree in Exercise Science from University at Buffalo. As a young college graduate, Dr. Bianchi was a nationally ranked athlete. His passion had always been health, wellness, and performance. He had to be an expert at an early age in order to compete in his sport. Soon after graduation, his passion for health led him to pursue his doctorate in Chirorpractic. He graduated Magna Cum Laude in 1993 from Life Chiropractic College and what he learned in school led him to a number of shocking realizations. First, he realized that our healthcare system is not a “health” care system but rather a “sick” care system and a “disease” management system. People go to the doctor, get diagnosed with a disease or illness, then get a medication, injection, or surgery. The real reason why they have this illness is never addressed. He likes using this example: A person that has Type 2 Diabetes goes to the doctor. It is obvious the diabetes is caused by lifestyle, but we still give them a medication to lower blood sugar, hoping to lower their numbers instead of addressing the issues that caused the blood sugars to increase. Dr. Bianchi would say, “That’s like driving my car home one day, and noticing that my check engine light is on. Logically, I would take it to the mechanic. He would diagnose it, fix the internal problem and the light would go off. However, taking a medication to fix health conditions is like throwing a Band-Aid over the check engine light until the engine fails.” His passion is to take people from surviving to thriving by combining advanced holistic medicine with the latest technologies. This provides patients with the highest chance of reaching their health goals.

Dr. Bianchi is married with 3 children. He is an avid sports enthusiast and has traveled throughout the US, Canada and Europe with his son throughout his hockey career. He enjoys playing golf and can often be found participating in tournaments with his daughters. He is a frequent spectator at the local hockey rinks as he enjoys keeping up with area players. He loves spending time with his family at home with an occasional snooze on his hammock after a busy week with his patients. 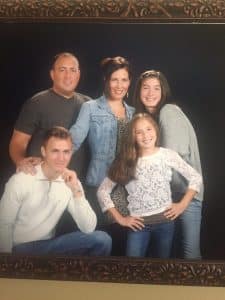 Dr. Tony was 51-years-old.  We send along our deepest sympathies to Sue and her children during this very difficult time.