Way too sick for far too long; my friend Sweet Stella

I first met Stella Usiak when she was just five or six years old.  She was a product tester for me when I worked at Channel 2.  We tested a cupcake holder. It was so fun. We baked cupcakes together and had such a fun time! She was such a cutie.

One day, maybe a year or so later, I got an email from Stella’s mom, Jen. Stella wanted to do another product test. She told me Stella had Leukemia and wanted some sort of little radio thing that she could use when she was getting chemotherapy.  I was floored.  That sweet little girl had cancer. 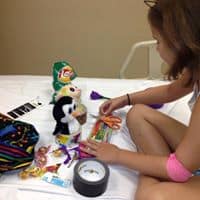 I spent some time with her,  and over the years did many stories with her. She is a warrior. Always doing things for other children.  She makes bracelets and other goodies out of duct tape and sells them to raise money for charity.  She has held quite a few blood drives. She’s been the face of childhood cancer in Western New York. She’s often recognized wherever she goes.  She’s brought awareness to the disease.  I’ve never met a little girl who cared so much about other kids. It’s really something special. 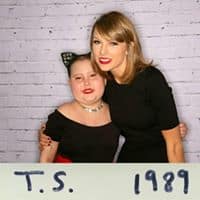 I’ve also followed her quest to meet Taylor Swift – and she did. She wanted to meet her for years – she never gave up – she was so determined. The meeting was wonderful! This kid is amazing. 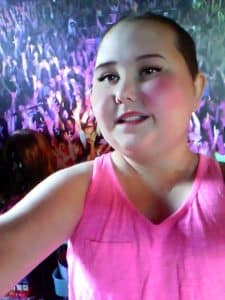 And she’s been sick for more than half of her life. Can you imagine!? Her little body has gone through more than we can even imagine.

She’s gone through it all with grace and courage. She walks with her head held high. She loves school and learning, hates when she has to miss class. She is an amazing girl.

So I sit here and think about how unfair it is. For Stella. For her brother, Nigel.  For her parents.  It’s a bunch of crap, really. 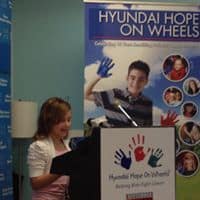 She did everything she was supposed to. She followed the rules. Rested when she was told to, went through treatment after treatment. Bone marrow transplant. Chemotherapy. She’s supposed to be enjoying her childhood and she’s not.

This is just too much. Why can’t we figure out better treatments, or a cure. 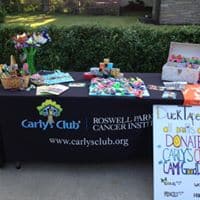 Stella doesn’t deserve this. No child does. I’m not going to post her health update, you can get that directly from her mother on Stella’s Facebook page. Like it if you haven’t. That is one thing that makes Stella very happy!

We can all continue to pray for Sweet Stella. One thing is certain – this little girl has an entire community praying for her.

Acupuncture is now being used to help kids at Roswell Park – and the first patient was our friend, Stella

← previous post next post →
← Get ready for Sugar Street Cafe Cash Mob on March 20th! Lewiston Police Officer goes above & beyond and it's awesome!! →